Did you know God has given you an amazing responsibility to raise your children to be strong in Him? To be ready to face the world with confidence and faith in the Lord? Psalm 127:4 calls your children “arrows”, with you as the warrior given the authority to manage them. So what does it mean to raise your kids as arrows?

My Road To Discovery

A couple of years ago, I did a study with my bible group at church. My small group is specifically for mothers, so we often have studies for motherhood, marriage, or self-reflection in God. The study was called Becoming MomStrong by Heidi St. John.

This book literally changed how I see motherhood. And more importantly, how God has created motherhood, specifically to me. The way that Heidi St. John shared, not only her own struggles in motherhood that I could relate to but also how to see motherhood as a battlefield against a very real enemy.

In this book, I was reminded of Psalm 127:4 – a verse I have based my entire blog on. It says, “Like arrows in the hands of a warrior, so are the children of one’s youth.” (NKJV).

There is one area of her book that really stayed with me and I would LOVE it if I could own one for myself. In Becoming MomStrong, Heidi talks about a statue that her friend had made her.

She goes on to describe the statue of a man bracing against a shield, protecting a figure behind him. The figure behind him is his wife. He is protecting her while she carries a quiver of arrows on her back and is in the process of shooting them toward an enemy that is shooting back at them.

This image is SO powerful to me! It brings tears to my eyes every time I think about it!

The arrows in the quiver represent their children and how it’s the husband/father’s role to protect and the wife/mother’s role to not only raise those arrow/children but to shoot them out as ammunition against the enemy of this world.

So how do you raise your kids as arrows and prepare them to be shot out into the world?

Comparing An Arrow To Your Child

The crafting of an arrow is important to its function. It has to have a sharp edge, strength, accuracy, stability, and security.

Let’s break down the arrow anatomy in the same way as raising a child for God’s Kingdom.

The shaft of an arrow

Provides strength to the weapon. It’s the “spine” of the entire element. It bends in the direction the archer wants it to go. However, make the shaft too light or heavy, and the accuracy will be too extreme to hit the intended target.

In the same way, raising children too soft or hard will change the trajectory of your target. When you raise your child firm and strong in God’s Word, they will have the correct “spine” to withstand the release.

The fletching of an arrow

Provides stability and accuracy. The “feathering” part at the back. Without it, the arrow would not be able to properly find its target. It would be unstable and undependable.

The nock of an arrow

A child/parent relationship is a great comparison. If there isn’t a great relationship with your kids, they’re likely to rebel from your teaching. When your relationship’s in the right position (nocking point), their “nock” will attach securely to you.

The arrowhead of an arrow

Comes in different forms according to need. There are many arrowheads for different purposes. You adjust to the hunt.

The arrowhead compares to your child’s mission purpose. What has God called them to? Everyone has been given a mission from God. It’s our job, as mothers, to recognize where God is leading our children to. 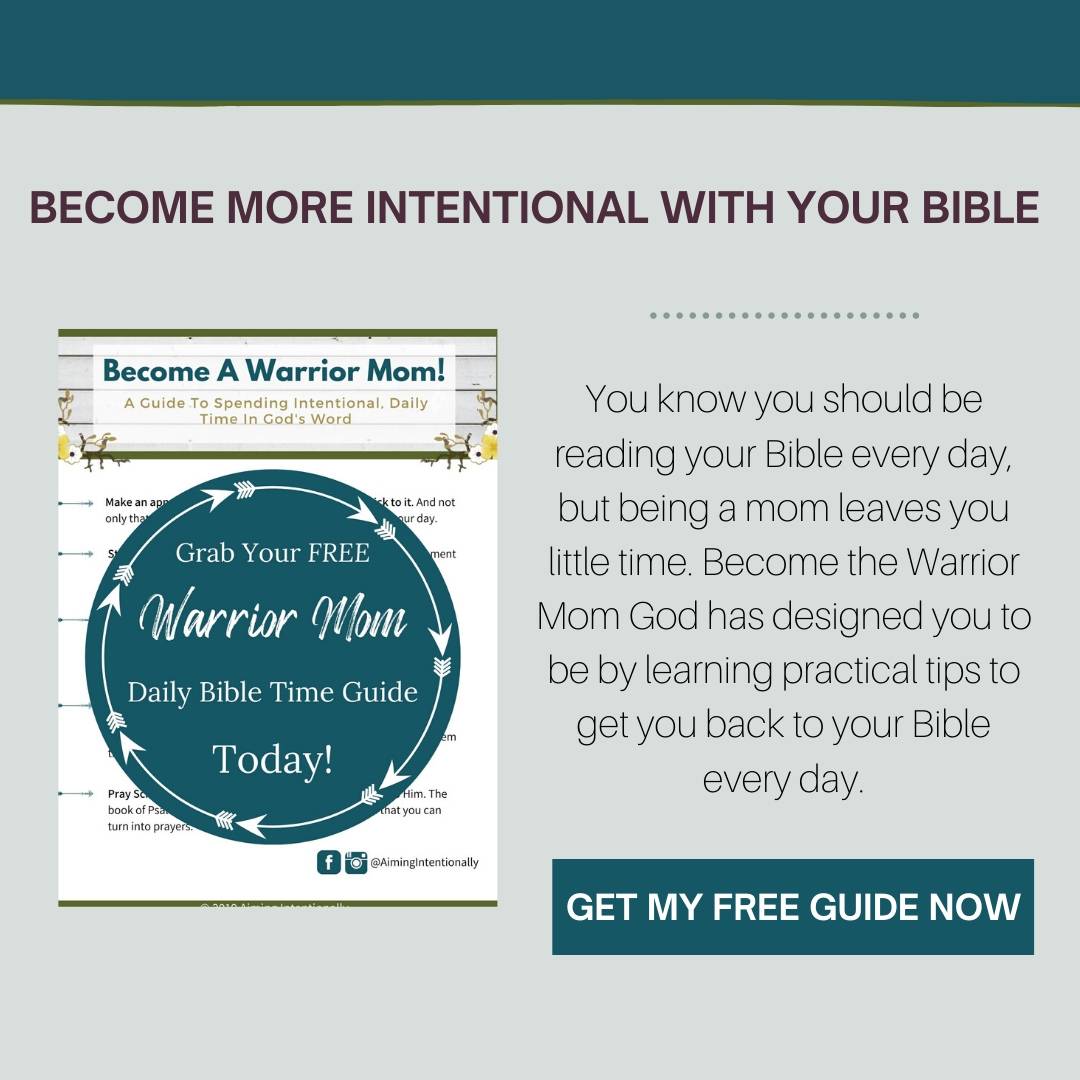 So How Do You Mold Them Into Arrows?

First, start as early as you can.

The younger they are, the more susceptible they are to your teaching.

Proverbs 22:6 says, “Direct your children onto the right path,
and when they are older, they will not leave it.” (NLT).

If you start when they are older, and have made up their own mind about things, they will be less likely to listen.

That is why it is SO important to teach your children at as young an age as you can.

Second, spend quality time with your children as often as you can.

Make those moments count. Build your relationship as a firm foundation. Be the one they can turn to and count on.

Third, read scripture to them daily.

Even if they are too young to understand what you’re saying or the meaning behind those words.

It will stay in their minds and be apart of their everyday life. It will be normal to them.

Stay in God’s Word on a multi-daily basis. Keep in continual prayer. Study the Fruit of the Spirit and learn how to put on the Armor of God.

When you do that, you will have a firm foundation for your children to see Christ in you.

Finally, get in tune with your child’s mission for God.

Something that has really helped me in this area is to pray about it daily. I ask God to show me a glimpse of my children’s mission purposes.

God is faithful and He does. There have been a couple of visions He has given me about where they can be of use in His Kingdom.

When you have an idea of where God’s desire is for your children, you can better steer them on the right track.

That’s what I pray for every day. To have the wisdom to know where to guide them, so that they are set when they’re ready to be launched.

You now know what it means to raise your kids as arrows for God’s Kingdom purposes. Stay strong in scripture daily and gain the character of Christ.

Show your children what it means to be a Christ-follower at an early age. Maintain a quality relationship with them to ensure they follow your instruction and pray for them daily.

Most likely, you have a while before your child goes into this world without you. But when they do, don’t hinder their path. Have faith in knowing that God is by their side. This is where our faith in God comes in for their lives.

Trust that you have raised them just as God entrusted you to do and you will have molded arrows ready to be shot right at the enemy!

WANT TO REMEMBER THIS? SAVE What Does It Mean To Raise Your Kids As Arrows? TO YOUR FAVORITE PINTEREST BOARD!