Do you ever find yourself fearing your children will leave God when they’re grown and no longer follow Him? It can be very easy to be distracted by the uncertainty of the future.

I often talk to other mothers who are terrified of their children walking away from the Lord as adults. The reason they’re afraid for their children is the fact that they walked away when they became adults.

They know the consequences of their decisions and are afraid that their children will make the same mistakes.

God Knows The Future Of Our Children

The fact is, we can’t know exactly what will happen to our children when they’re old enough to decide for themselves what they believe. All we can do is build a strong foundation for them. That way, they can make the responsible decision knowing all of the facts.

Fearing your children will leave God when they’re grown is not what God wants for you. He does not bring a spirit of fear.

There is also one promise we can lean on when we bring the importance of knowing God and studying His Word: They will come back to Him!

Proverbs 22:6 says, “Start children off on the way they should go, and even when they are old they will not turn from it.” (NIV).

Can you believe that God has already accounted for some children to turn away for awhile? His Word prepares us for many circumstances that come to us throughout our lives.

In this way, He promises us, as parents, that if we set our children up to know Him, as early as we can, they will not leave Him.

Even if they seem like they are in the world and not living for God, deep down they will know how God feels and whether or not He is pleased with them. Believe me, I know…

A Returning Child Of God

I grew up in the church practically from birth. My parents did a great job instilling a strong root in God’s love.

However, when I became old enough to decide for myself when leaving home, I chose to follow the world. All the while, I knew deep down that God was not happy with me or my decisions.

The promise He made to my parents was fulfilled when I came back to a right relationship with Him a few years later. I had been instilled and deeply rooted in the truth of God’s Word, and I was able to come back to Him.

The same is true for your children. You don’t need to be afraid of what may or may not happen. All you need to do is focus on what God has said to do now, at this moment.

Matthew 6:34 says, “So don’t worry about tomorrow, for tomorrow will bring its own worries. Today’s trouble is enough for today.” (NLT)

We have enough to do in these current days – raising our children to love God, teaching them His Word, showing them how to treat other people in the same way that Jesus would, and the list goes on.

God doesn’t want us to have a spirit of fear in thinking that our children are already gone from us. 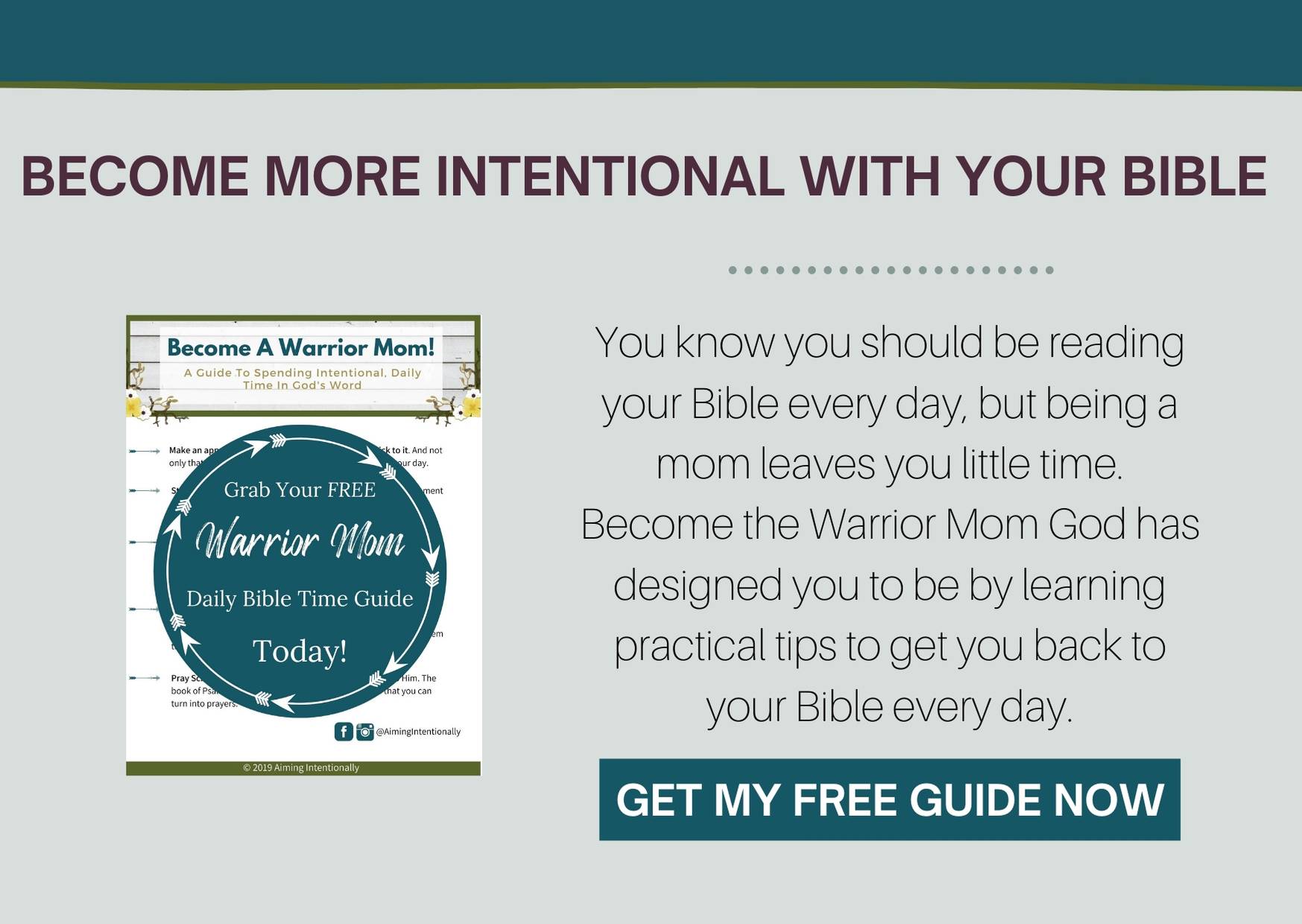 Dedicate Your Children To God

Fearing your children will leave God when they’re grown is the opposite of what you should be doing.

We, as mothers, have been given the great responsibility of being caretakers for them. But they are not ours to keep.

When we raise them at an early age to live a life for God, He is very pleased with us. I want to encourage you to take some extra special time in your next alone time with God.

Raise your hands up to Him, like you are holding your children up to give them back to Him.

Say this prayer, “These are your children. They have NEVER been mine. Thank you for blessing me with the opportunity to direct them toward a life for You. Strengthen me and give me the wisdom to teach them in their every day lives. Give me discernment and good judgment to correct the wrong behavior that sin brings into their lives so that I can show them what You have said to do instead. I promise to be a light for them and an example of who Jesus is. Take my fear away, since I know it doesn’t come from You.”

When you pray this promise prayer, you are committing to God that you will not only raise your children in the way that He intended but that you will also be an example of Christ to them. That means, staying in the Word and studying it every day.

It means being in constant prayer and conversation with God daily. Not only coming to Him with the worries and troubles of life but taking the time to sit quietly and listen to His direction in how to raise your children.

It’s then that He will guide you on the right path that will give your children their best chance at staying close to their Heavenly Father. After all, we have been given a special mission when He entrusts His children to us.

The things in life and this world come and go, but raising children to love and serve God is the ultimate treasure and act of service to Him that we could gift Him with. We are put on this earth to serve Him and raise more of His children to serve Him as well.

He hasn’t given us this job to make us feel afraid of what may or may not happen to our children and the decisions they will make when we are older. We raise them the way God has called us and we let Him take over when it’s time for them to leave.

WANT TO REMEMBER THIS? SAVE Fearing Your Children Will Leave God When Grown – And What To Do About It TO YOUR FAVORITE PINTEREST BOARD!